The Greatest Innovations in Ed-Tech

In recent years, companies such as Microsoft and Google have embraced the challenge posed by technological skeptics and demonstrated that technology can be a tool for improving education opportunities rather than something that just distracts. About one million Windows 10 education devices like touch-monitor boards, are activated every month, and Google Classroom has more than 40 million active users today. It is no surprise that the current education system is adopting tech-enabled devices to enhance traditional schooling methods.

YouTube ended 2018 on a high note by stating they were investing $20 million in their Learning Initiative, which supports education-focused video creators and groups. Channels like Ted-Ed and Crash Course are some of the most well known educational channels on YouTube. In the future, we can expect growth in a range of fields from coding for app development  to interviewing and resume building. Similarly, Microsoft has committed $10 million in funding by 2020 to Code.org, a non-profit that spreads computer science education to K-12 schools across the US. This program offers the educational tools to learn the basics of computer coding and works to broaden participation within the programming field. The importance of preparing kids for a “digital future” is evident as more and more jobs will require tech skills in the near future.

Interactive Touch Monitors offer multiple users the ability to collaborate on a single display through the use of hands or styluses. Educational monitors are similar to other touchscreen panels on the market today—as their style mimics that of a blackboard or projector–with the purpose of large scale presentations. Customizable accessibility features allow for users to mount it on different height settings. Large screen monitors enable easy integration with personal computers allowing collaborative interaction between users. 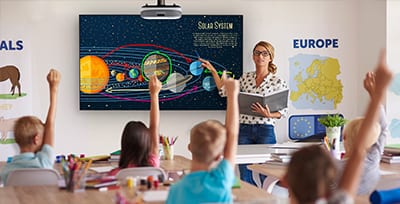 Microsoft’s Classroom Pen is designed to work on the smaller Surface Go tablets made specifically for students. It is shorter than the current Surface Pen, includes a durable tip, and is exclusively available to educational institutions to buy in bulk at $40 per piece. This pen, in addition to Microsoft’s features such as Grade Sync, which allows teachers to automatically update grades, and a built in plagiarism check called Turnitin, makes surface tablets a helpful educational tool. The pen is similar to Apple’s Pencil and Logitech’s iPad stylus, Crayon, which both provide one with the ability to take notes, doodle, annotate PDFs, and edit in Adobe Lightroom CC, and other photo design apps, on their devices. 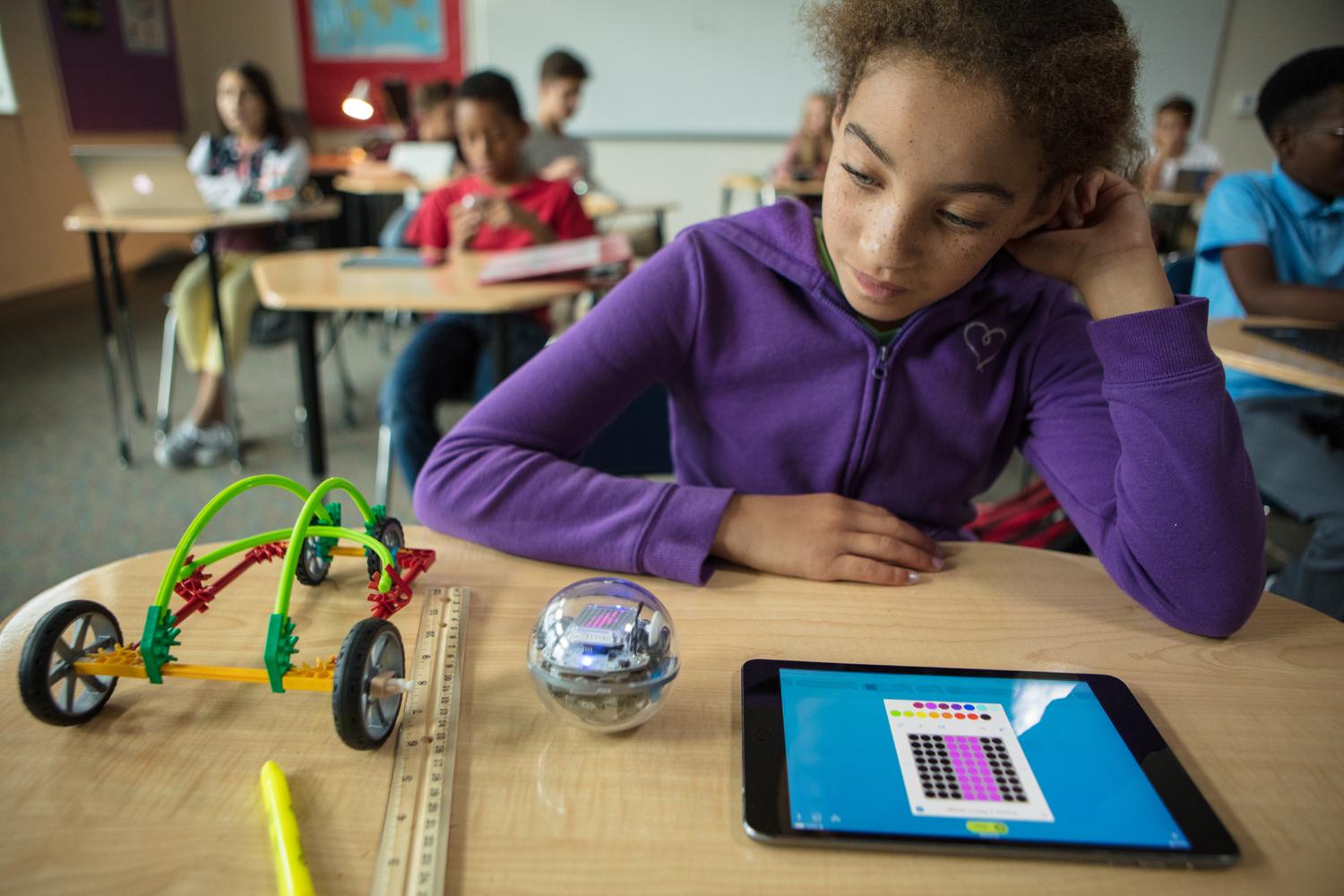 Sphero’s Bolt Robot is a 8×8 light matrix that offers students the ability to participate in collaborative STEAM activities and games. Through the Sphero Edu app, Bolt connects to tablets and screens allowing students to learn and code with Program with Bolt. Its clear plastic shell is waterproof, highly durable, and its taps sensors keep track of its speed, acceleration, and direction. Fitted with a Bluetooth chip, it  can pair up to smartphones and tablets up to 100 feet away and features infrared communication, allowing the robot to “talk” with other BOLTs.

Nearpod is a platform that allows teachers to engage their students. A recent addition to their range of educational tech-enabled tools such as grading, quizzes, and lessons is an immersive virtual reality experience. Their VR headset connects to any device (PCs, iPads, Lapscreens, Macs, and more) and students can choose from a plethora of locations such as the Taj Mahal, The Pyramids of Giza, the Washington Monument, or the Great Wall of China to explore as well as over 450 ready-to-run lessons.